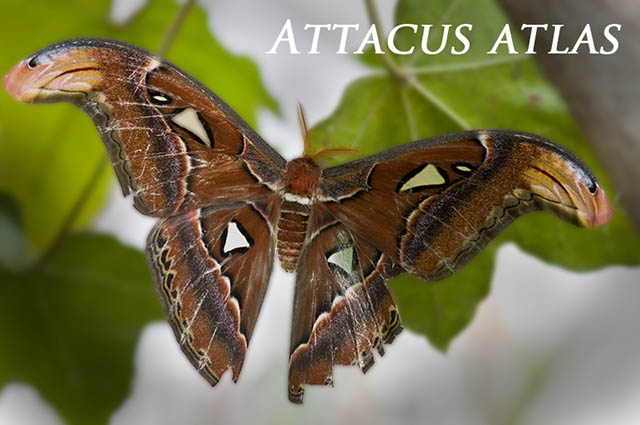 Exotic Butterflies of the World

Range a large saturniid moth found in the tropical and subtropical forests of Southeast Asia, and is common across the Malay archipelago. Atlas moths were often considered the largest moths in the world in terms of total wing surface area, but recent sources confer this title upon the Hercules Moth from New Guinea and northern Australia.

Females are sexually passive, releasing powerful pheromones which males detect and home in on with the help of chemoreceptors located on their large feathery antennae. Males may thus be attracted from several kilometres downwind. Atlas moths are unsteady fliers, and the female does not stray far from the location of her discarded chrysalis: she seeks a perch where the air currents will best carry her pheromones.

Adult Atlas moths do not have mouths, and as such only live for a few days.