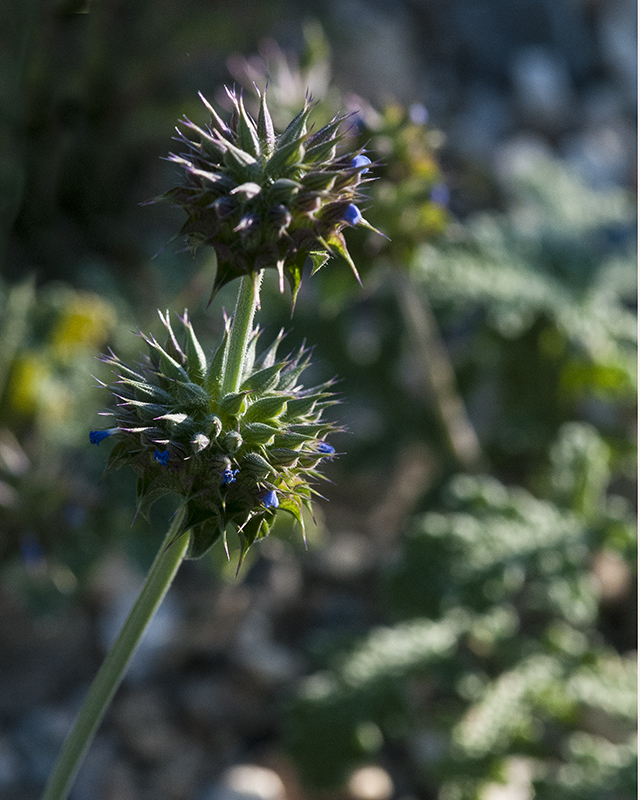 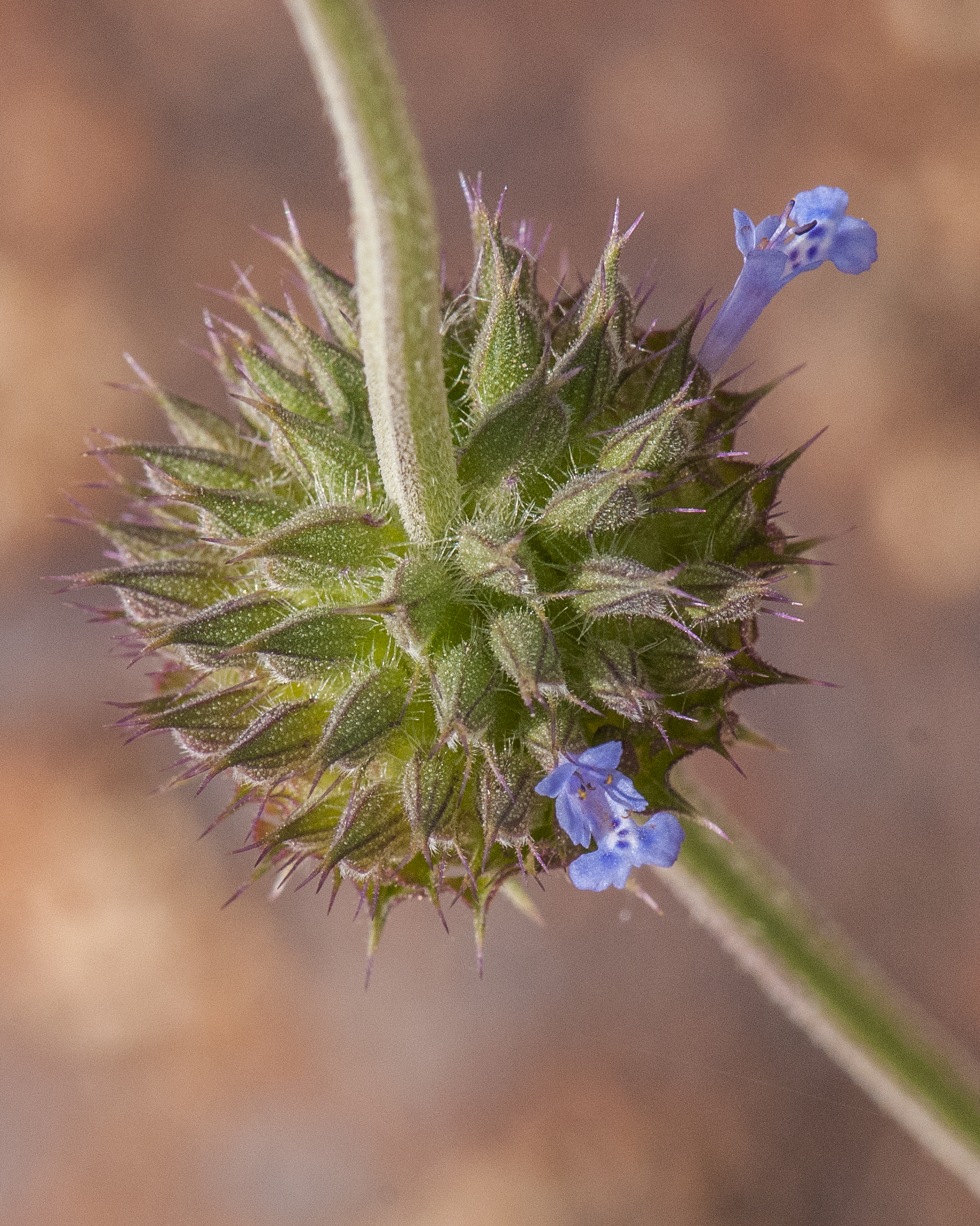 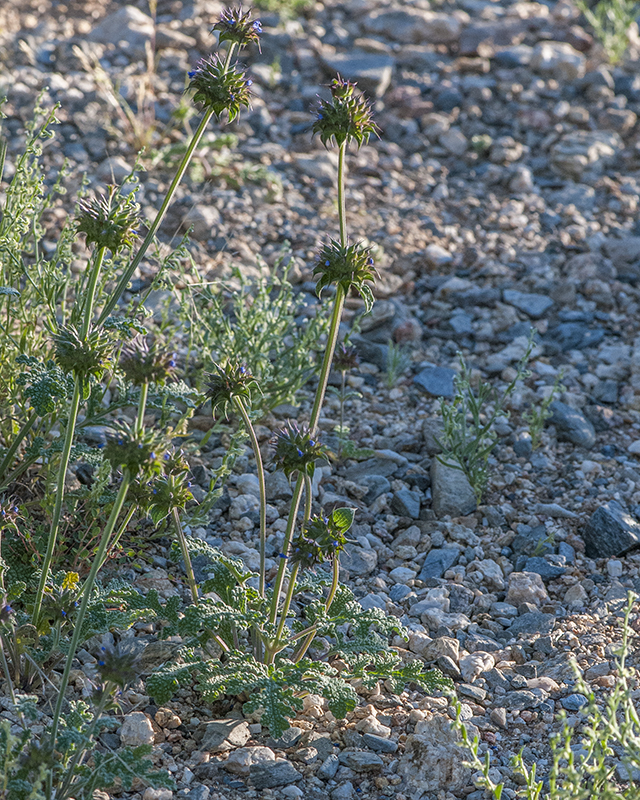 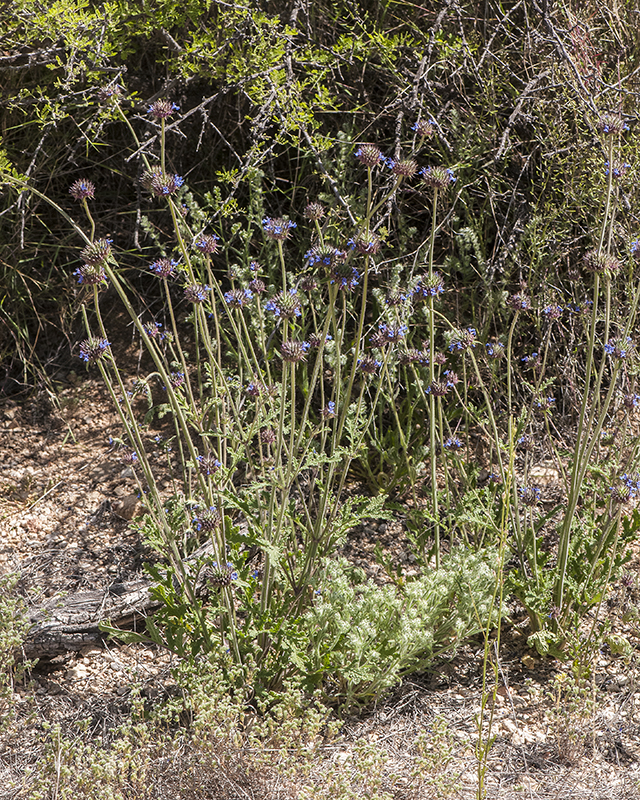 The flowers are in spiky bracted, purple-tinged, globular clusters that are often stacked on top of each other along the upright flower stalks. The individual flowers are small, tubular, and 2-lipped with lobed upper and lower lips. The leaves have deeply recessed veins and are dark green, oblong, pinnately divided, crinkled, and mainly basal. The stems are square in cross section. In washes and along roadsides. Smells skunky when crushed.

Cultural Significance: Chia, the Spanish name for Salvia columbariae, is a plant of great economic importance to many Native American tribes in California, who have long used chia for food and medicinal purposes. Historically, chia seeds were a staple food for many Pacific coast groups including the Salinan, Costanoan and Chumash as well as inland tribes such as the Paiute, Maidu, and Kawaiisu. Chia was regularly cultivated along with corn in the fields of the Nahua peoples of ancient Mexico. Salvia columbariae seeds were used by the Chumash on Santa Rosa Island, one of the Channel Islands off the coast of Southern California, as long as 600 years ago, as evidenced by radio carbon dating of seeds found in pottery jars at burial sites there. Large beds of chia plants are reported to bloom in areas that once were the locations of ancient Native American villages.