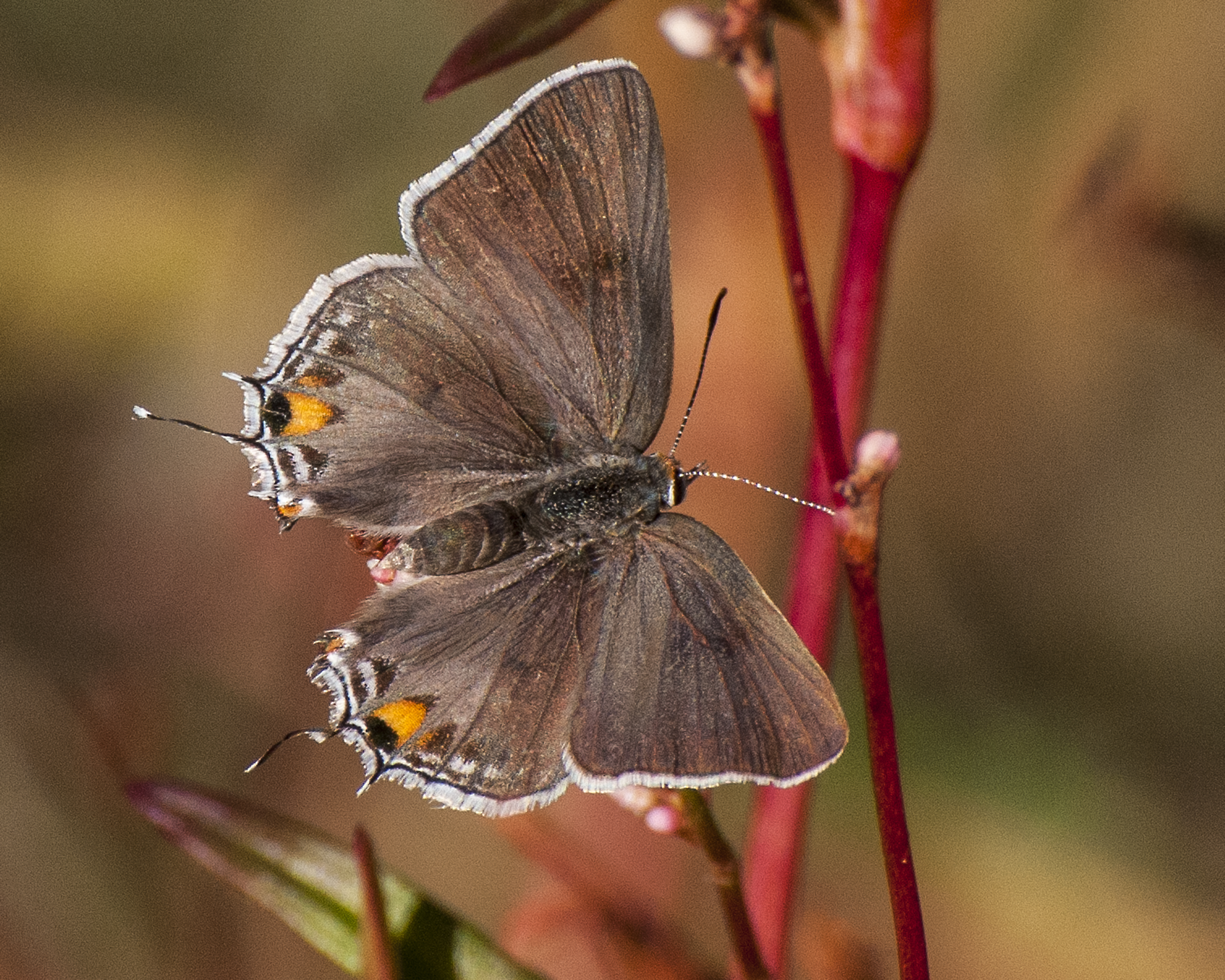 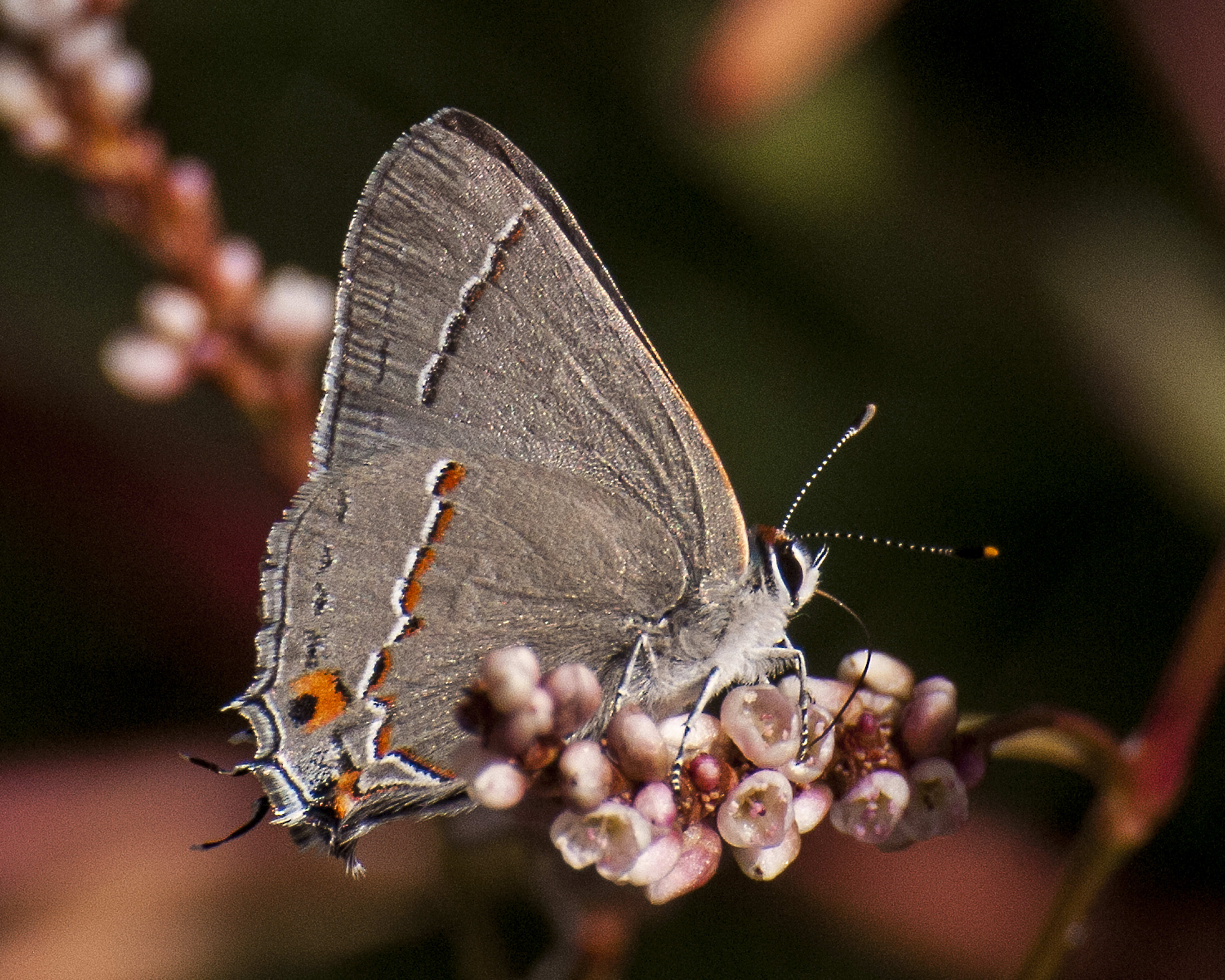 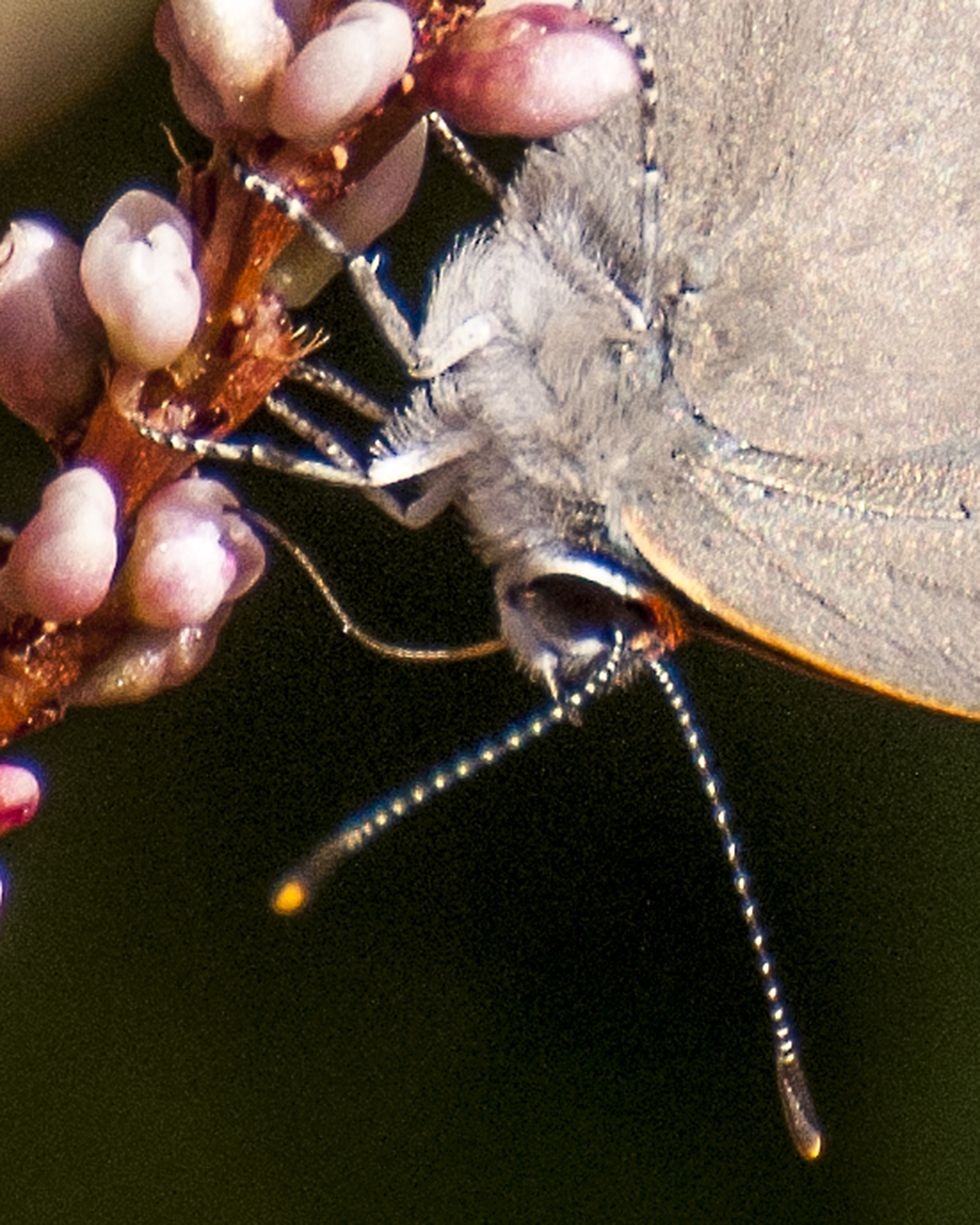 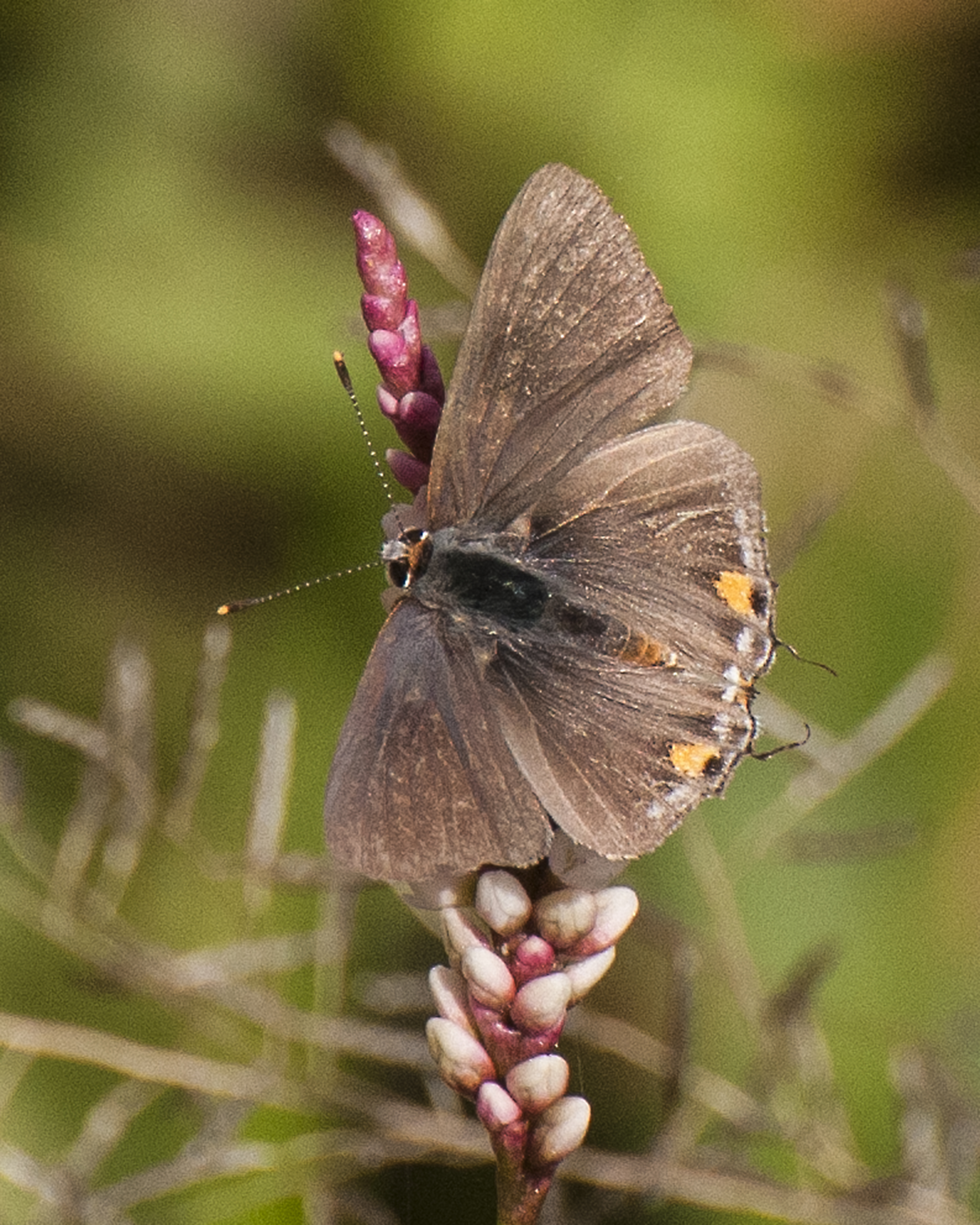 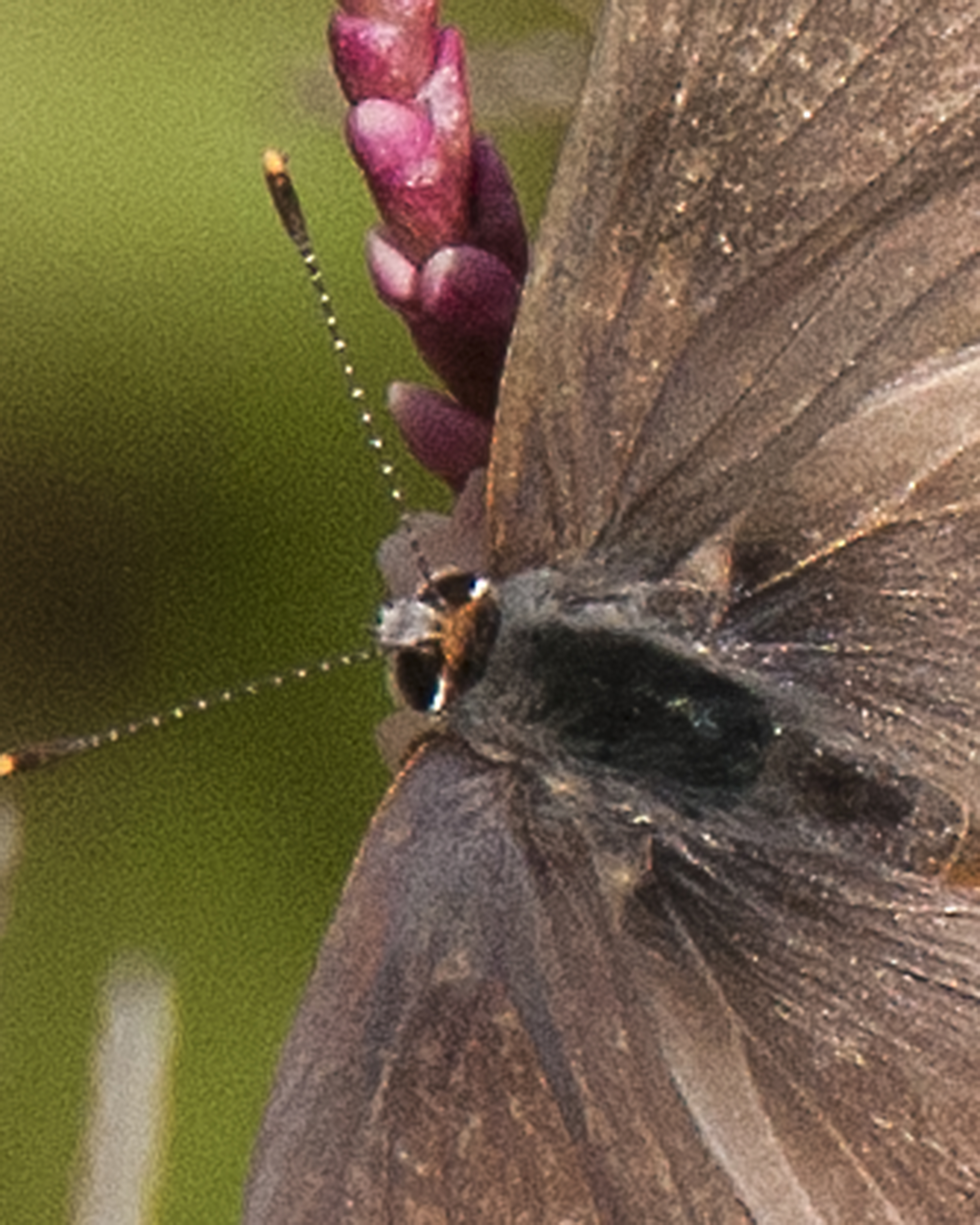 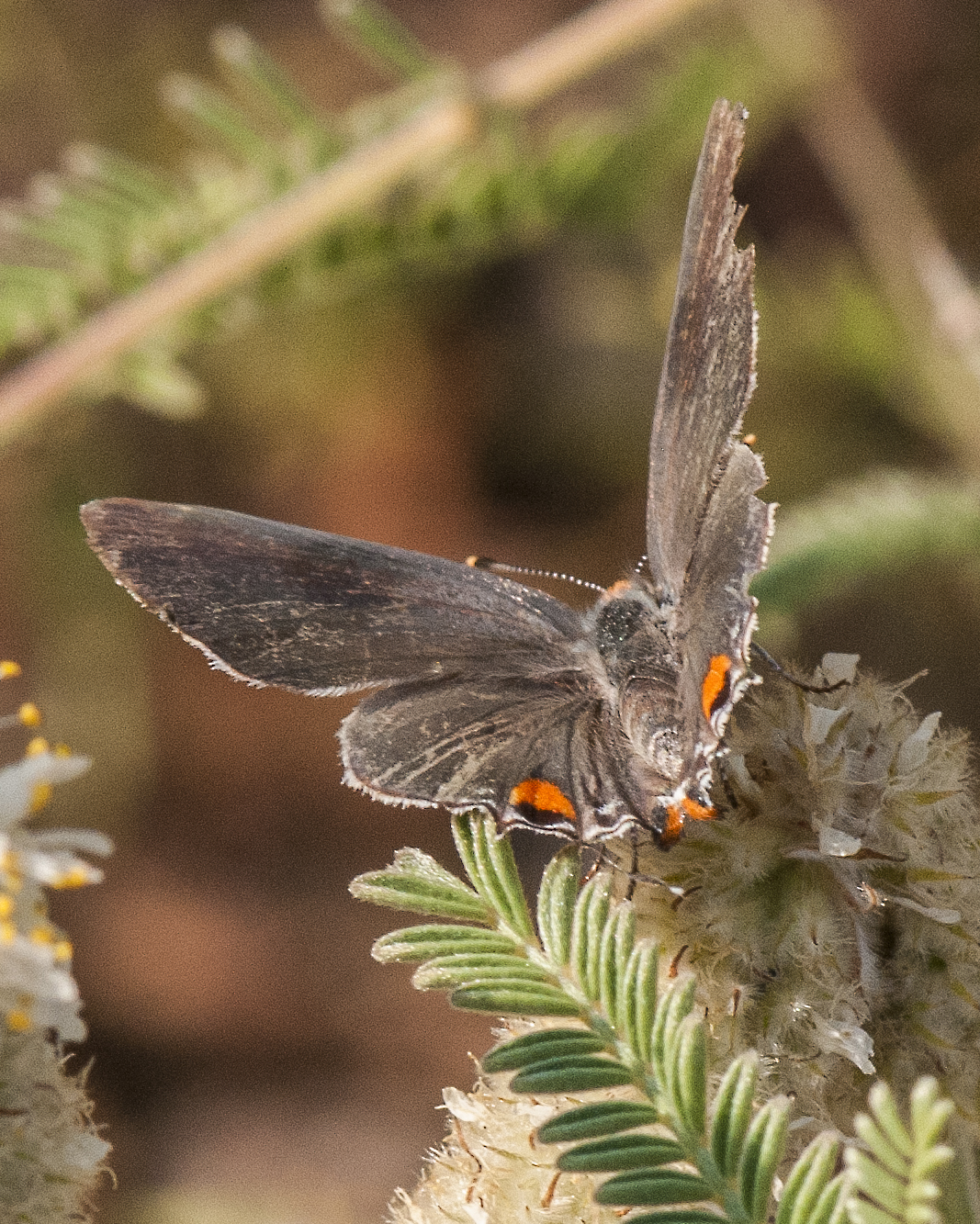 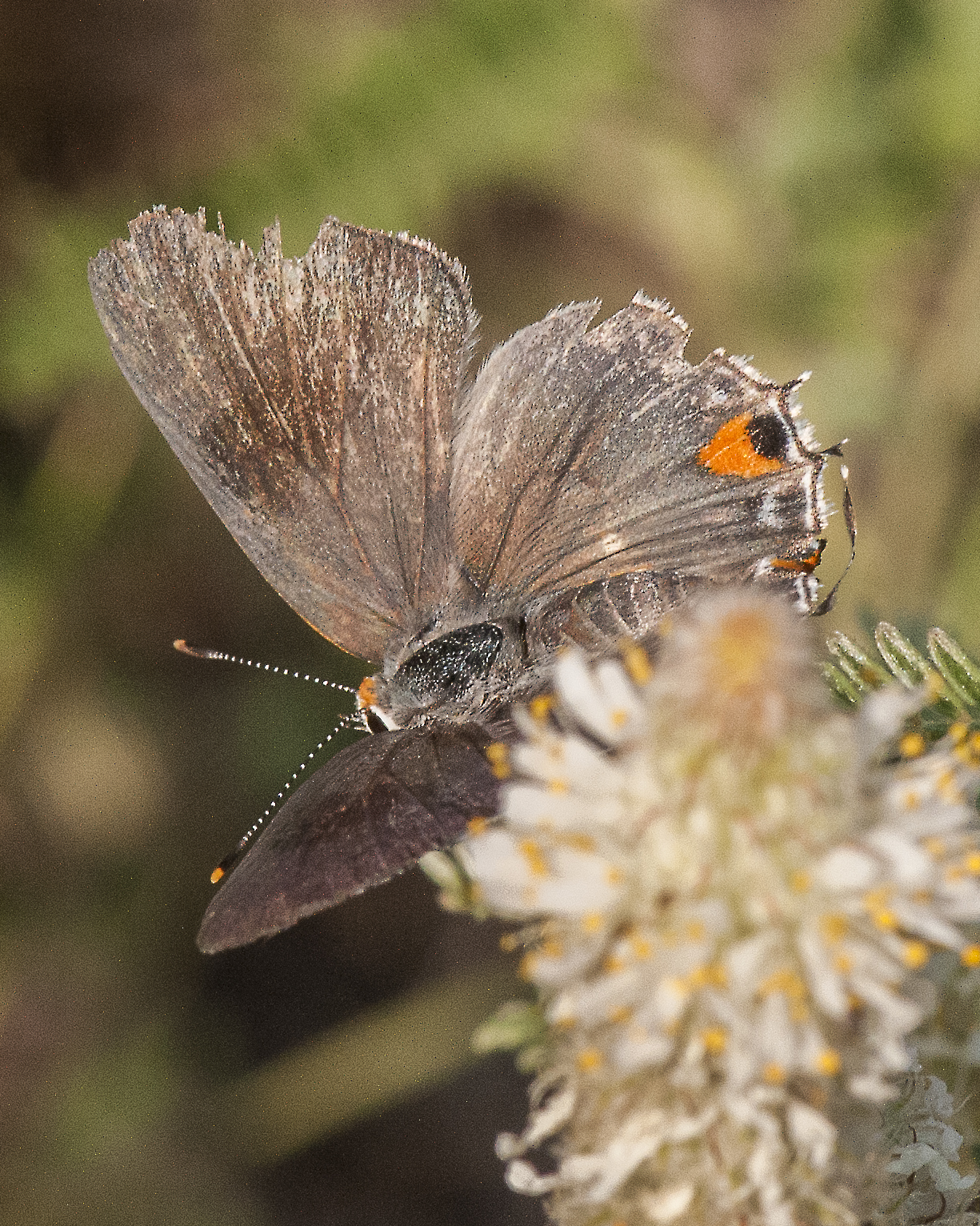 Lycaenidae is the second-largest family of butterflies (behind Nymphalidae, brush-footed butterflies), with over 6,000 species worldwide. They constitute about 30% of the known butterfly species. Adult individuals often have hairy antenna-like tails complete with black and white annulated (ringed) appearance. Many species also have a spot at the base of the tail and some turn around upon landing to confuse potential predators from recognizing the true head orientation. This causes predators to approach from the true head end resulting in early visual detection. Lycaenids are diverse in their food habits and apart from phytophagy, some of them are entomophagous feeding on aphids, scale insects, and ant larvae. Some lycaenids even exploit their association with ants by inducing ants to feed them by regurgitation, a process called trophallaxis. Not all lycaenid butterflies need ants, but about 75% of species associate with ants, a relationship called myrmecophily. These associations can be mutualistic, parasitic, or predatory depending on the species. In some species, larvae are attended and protected by ants while feeding on the host plant, and the ants receive sugar-rich honeydew from them, throughout the larval life, and in some species during the pupal stage.

Notes: In Sabino Canyon on Smartweed both immediately above dam and at base of dam. 12/26/21.