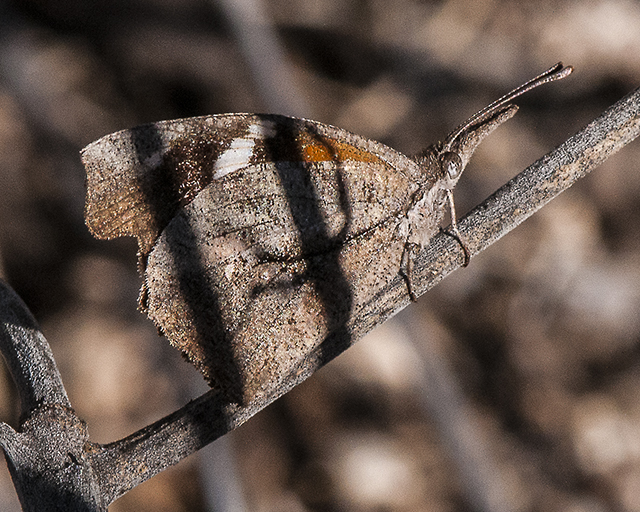 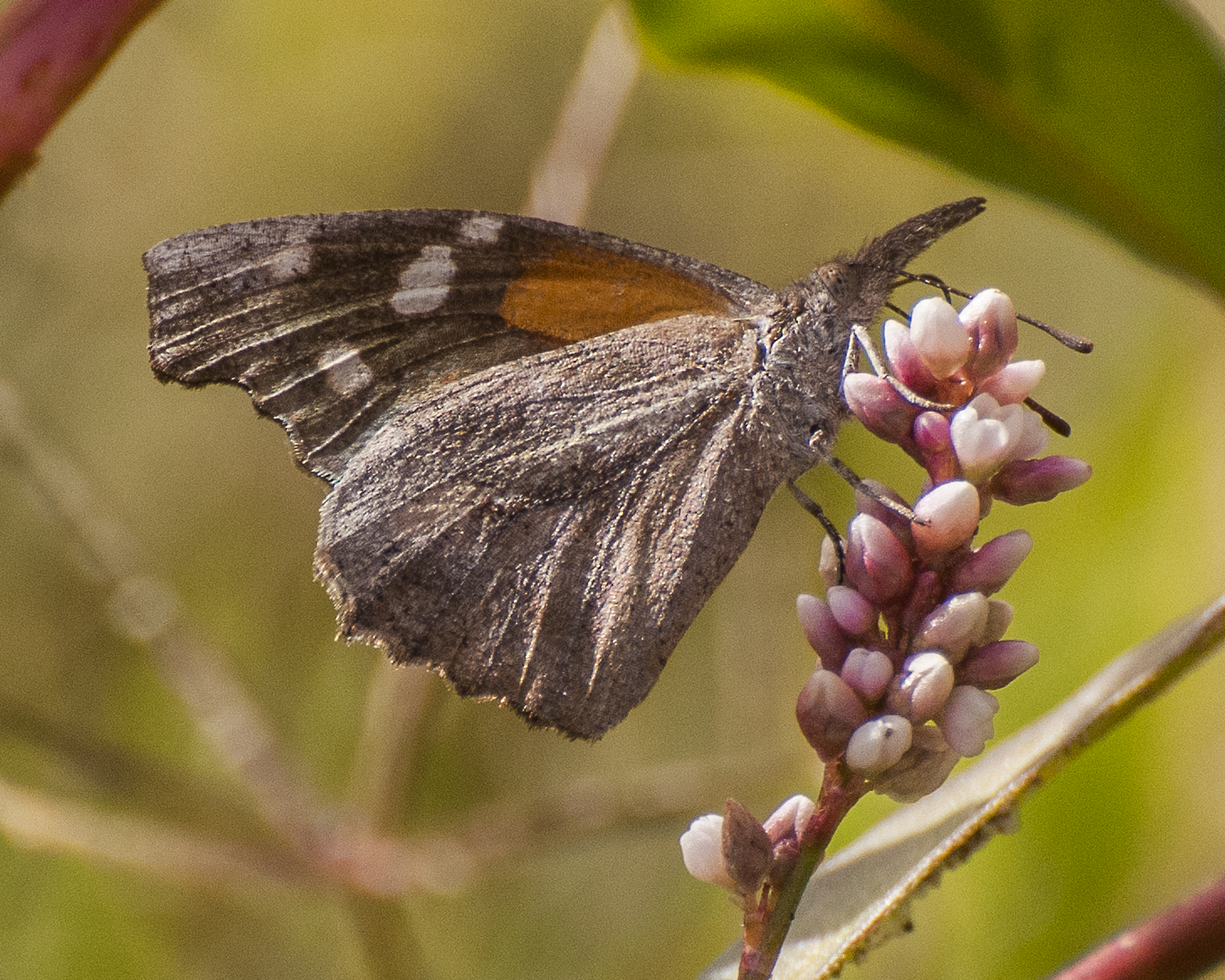 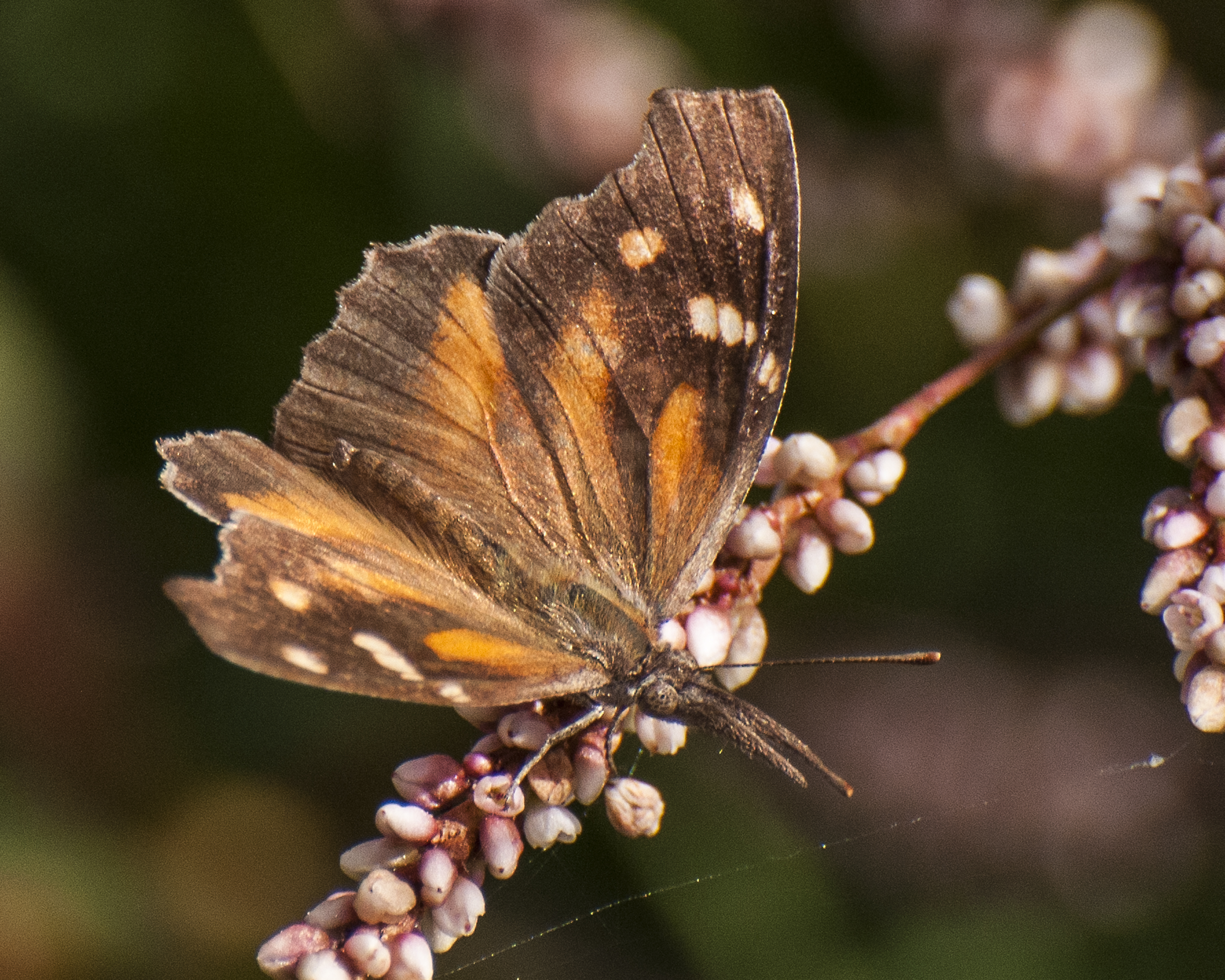 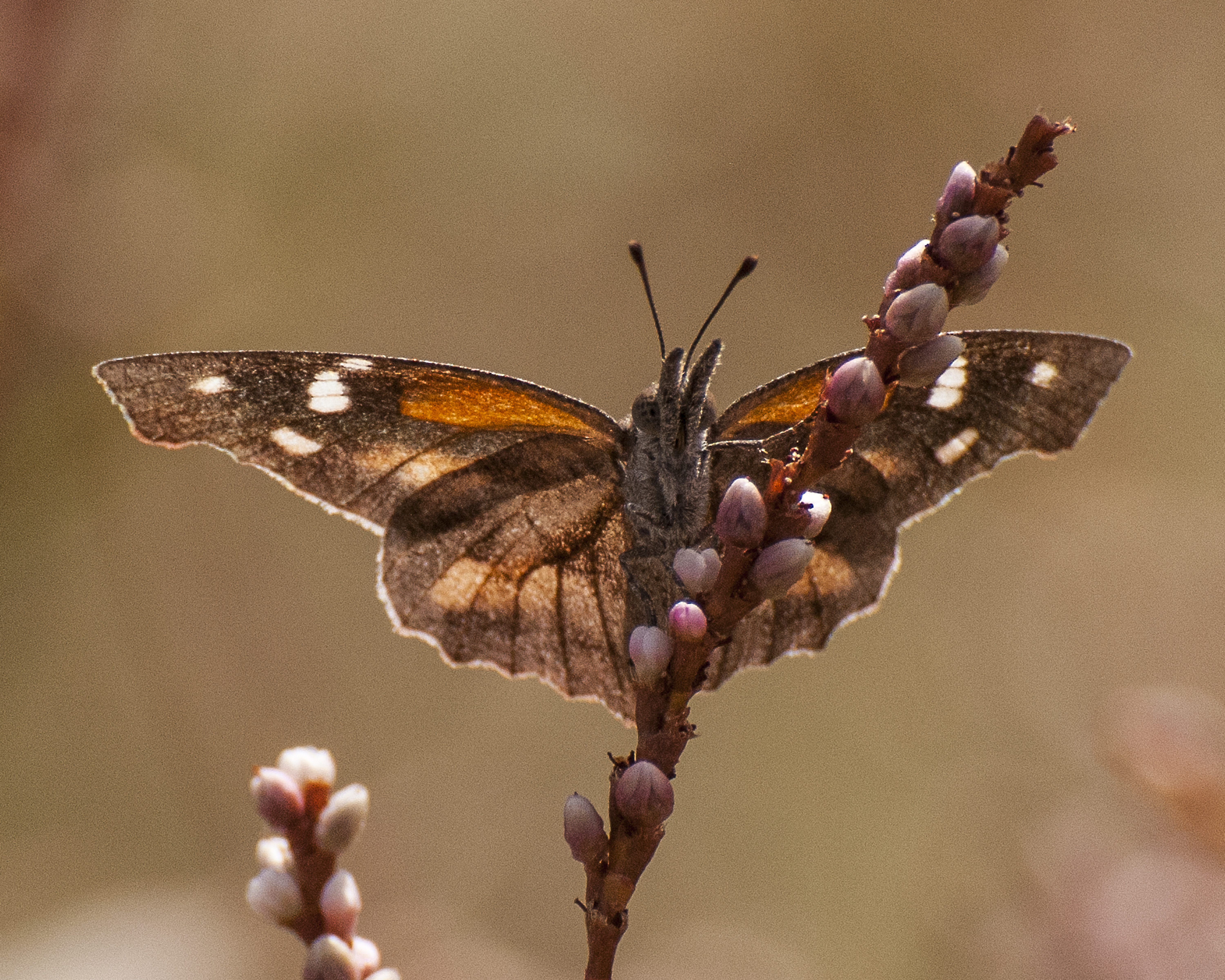 The American snout or common snout butterfly (Libytheana carinenta) is a member of the Libytheinae subfamily, in the brush-footed butterfly family Nymphalidae. This species is found in both North and South America. The larval host plants are Celtis species on which the eggs are laid singly. Massive migrations of this species often attract attention in the Texas and Mexican newspapers.

Snout butterflies have prominent elongated mouthparts (labial palpi) which, in concert with the antennae, give the appearance of the petiole (stem) of a dead leaf. Snouts often take advantage of their brilliant camouflage by hanging upside down under a twig, making them nearly invisible. Wings are patterned black brown with white and orange markings. The forewings have a distinctive squared off, hook-like (falcate) tip. Caterpillars appear humpbacked, having a small head, swollen first and second abdominal segments, and a last abdominal segment that is tapered and rounded. They are dark green with yellow stripes along the top and sides of the body, and have two black tubercles on the top of the thorax.