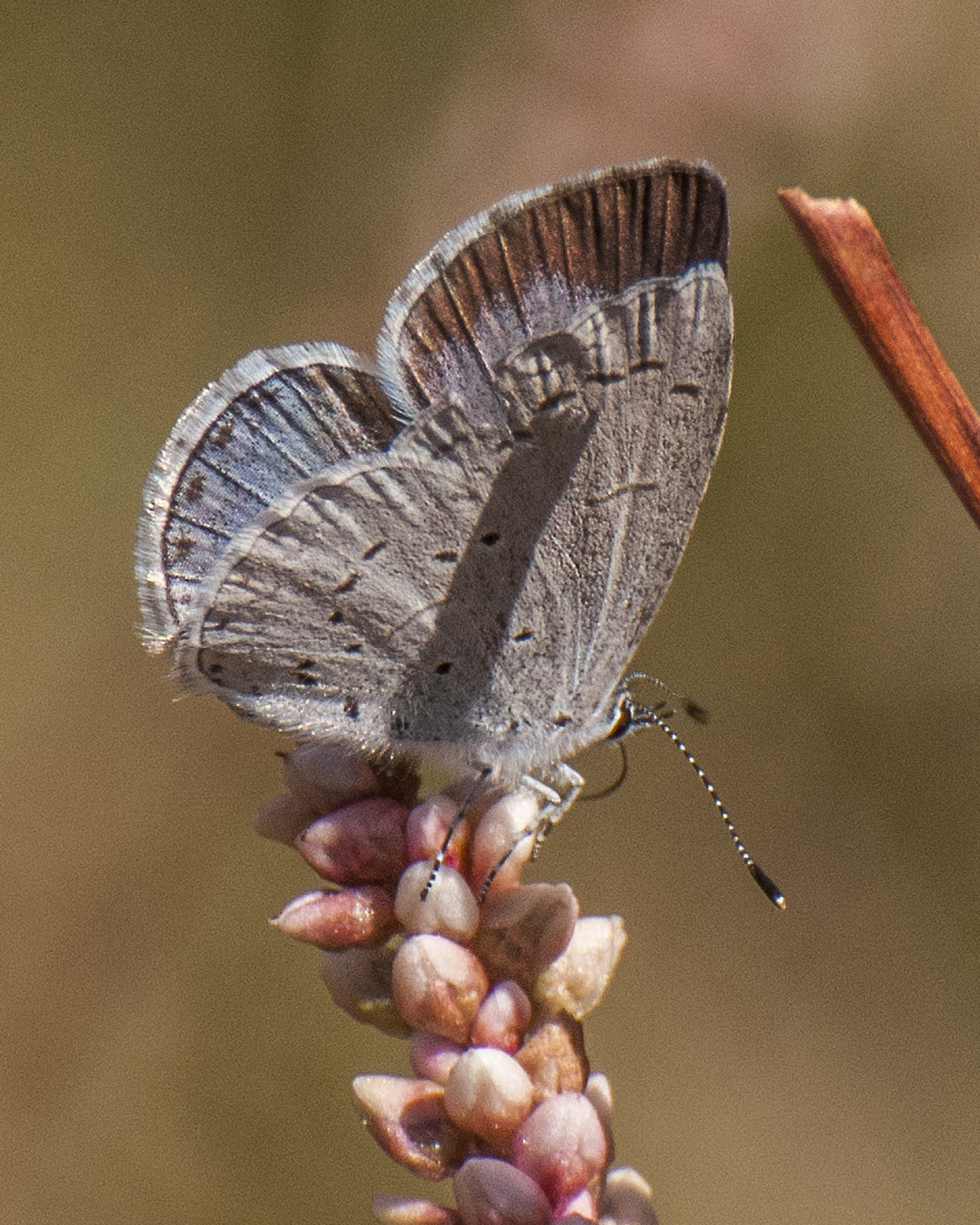 Identification: Chalky pale blue gray beneath with small black spots or dashes. Submarginal row of inward pointing triangular marks. Males are a pale chalky blue above. Wing Span: 2/3 Life History: Based on the life histories of other azures and some field observations the eggs are laid on flower buds of hosts, and larvae feed on buds and opening flowers. The larvae are tended by ants and may pupate in ant nests. There are few observations reported. Flight: Adults have a series of generations from early spring to the fall (February to October) where lack of freezing weather permits. The flight period is shorter in mountain habitats and longer in low coastal hills. Caterpillar Hosts: The larval hosts are various plants including wild lilacs (Ceanothus), California buckeye (Aesculus), blackberries (Rubus), and several others. Adult Food: Adults nectar at flowers such as those of their caterpillar hosts and other plants such as toyon (Heteromeles), cascara (Rhamnus), and pussypaws (Calyptrydium). Habitat: Almost any habitat with the required woody host plants, including chapparal, oak woodlands, mountain streams, and suburbs. Range: Southern British Columbia south along the Pacific Coast states to Baja California Norte. Included is the Carson Range, Nevada just east of Lake Tahoe.

Note: In the second image, the thick black edge of the forewing indicates it is a female. The male is brighter blue and has no black edge. (Fred Heath)